Solving Problems That Aren’t Even There (Part 1) 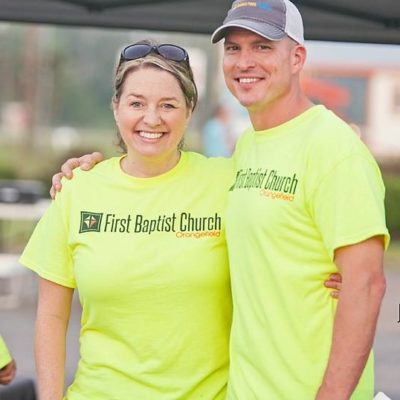 Solving Problems That Aren’t Even There

I love riddles. One of my favorite riddles is the famous hotel bill riddle. Remember it?

Three people check into a hotel. The clerk tells them that the bill for their stay is $30, so each person pays the clerk $10. The clerk puts the money in the cash register.

Later that night, the clerk realizes that he made a mistake and should have only charged the three guests $25. He pulls $5 in one dollar bills out of the register and tells the bellhop to return the money to the guests.

But the guests originally paid $30. What happened to the missing dollar?

Doesn’t this just drive you crazy? Well, it’s actually easier than you think. Why? Because you’re trying to solve a problem that’s not even there. Read all about it here

Unfortunately, I think we do this with the Bible too

Especially with the Book of James (Is he really about to go there?). Obviously I can’t go into a full study of the Book of James here. And, many will not agree to all of these conclusions (and that’s ok!)…but maybe this will get us to thinking a bit. I believe many approach the Book of James trying to solve a problem that isn’t there when it comes to the “problem” verses (James 2:14-26). This probably started with Augustine’s struggle against Donatism and around the same time Christianity became a legal religion of Rome. It was during this  time and in this setting that Augustine used James 2 as a weapon to defeat the Donatists (along with some other tactics…all you history nerds can check it out here). Anyway, this is believed to possibly be the beginning where “faith apart from works is dead” became “faith apart from works is fake (or not real or not genuine)”. That is how Augustine used James 2:14-26 to solve a problem. It’s how many today use James 2:14-26 to solve a problem. But is it a problem that James was trying to solve? Was James contending with people whose faith was fake?

Either way you say it…you’re saying the same thing, right? Slow down and think about this for a second. Does dead mean the same thing as fake? Do you or have you ever thought to use the word dead when you actually meant fake or not real or not genuine? That’s kinda silly if you think about it. We would never use the word dead if we were trying to describe something that wasn’t real. Guess what? Neither does the Bible. Do a quick word search and you’ll notice something. “The fake in Christ will rise first”…huh? Dead means dead. There are a lot of good definitions but one I have found the most helpful is “not functioning as intended”. For example: Sarah’s womb was considered dead – “the deadness of Sara’s womb”. When a car batter is “dead”…we don’t mean it’s fake. We mean it’s unproductive…it’s lost it’s power…it’s lost what energizes it…it’s lost the animating force…it’s not functioning properly or as intended.  And according to James, that can happen to our faith too.

Solving a problem that IS there

So…Want to invigorate or energize your faith? Want a useful and profitable faith? Be a doer of the Word. Go do good stuff and stop doing dumb stuff.

Ephesians 2:10 – 10 For we are his workmanship, created in Christ Jesus for good works, which God prepared beforehand, that we should walk in them.

Titus 2:14 – 14 who gave himself for us to redeem us from all lawlessness and to purify for himself a people for his own possession who are zealous for good works.